Is Mom Really Your Facebook Friend If All Your Good Stuff Is On Snapchat?

Carly and her mom are friends on Facebook, but that doesnt mean that Mom can see everything.

The 17-year-old from Marin County, California, has refined her Facebook privacy settings so that her mother cant see all the posts that fill her Timeline.

Right now, my mom can only see things that I post. She cant see anything Im tagged in or anything that my friends say to me on my profile, said Carly, a high school senior who asked to be identified only by her first name. She doesnt know that, though. Im like, 80% sure that every other teenager has done that too.

Todays teenagers are social media natives. Theyve grown up putting their personal information online and are comfortable sharing photos and videos of themselves, updating relationship statuses and checking into locations.

What they dont share is their parents level of concern about privacy and worries about companies or the government abusing their data. According to a recent study by the Pew Internet and American Life Project, only 9% of teens reported being very concerned about third parties accessing their data. 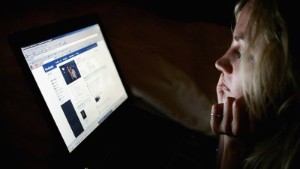 At the same time, teens are not reckless with their personal information, according to Pew research. Most teens exert careful control over what information is seen by whom, but more because they are acutely aware of how each nugget of posted information, even the number of likes it can get, shapes how they are perceived by peers.

Pew found that teens have developed a variety of ways to control their privacy. They are comfortable navigating Facebooks notoriously complicated privacy settings, and only 14% have public-facing Facebook profiles. They also edit what appears on their profile, deleting posts, comments and unwanted tags.

For teens looking to hide social-media activity from adults, elaborate privacy settings can sometimes be unnecessary. Fifty-eight percent of teens said they posted updates that were inside jokes or coded messages that only certain friends would understand.

Many teens are learning how to compartmentalize the different parts of their lives online. Facebook is the most popular site for both teens and parents, according to Pew, but teens reported waning enthusiasm in the site in Pew focus groups. They cited the colonization of the site by adults and excessive amounts of drama.

Some teens use Facebook for public posts but message each other on lesser-known social platforms that their parents arent aware of or havent signed up for.

If teenagers really dont want something to be seen, theyll retreat to more private messaging tools such as Kik, WhatsApp or Snapchat, which can be used to send private messages to groups of friends.

On Snapchat anything goes! said Carly, the Bay Area teen. Snapchat gets a little crazier because its supposed to be erased after 10 seconds or less. Not sure if thats actually true, but theres definitely a different sense of security with Snapchat than Facebook or Instagram.

How about you? Are you friends with your parents on Facebook, but use other ways to really communicate with your friends?